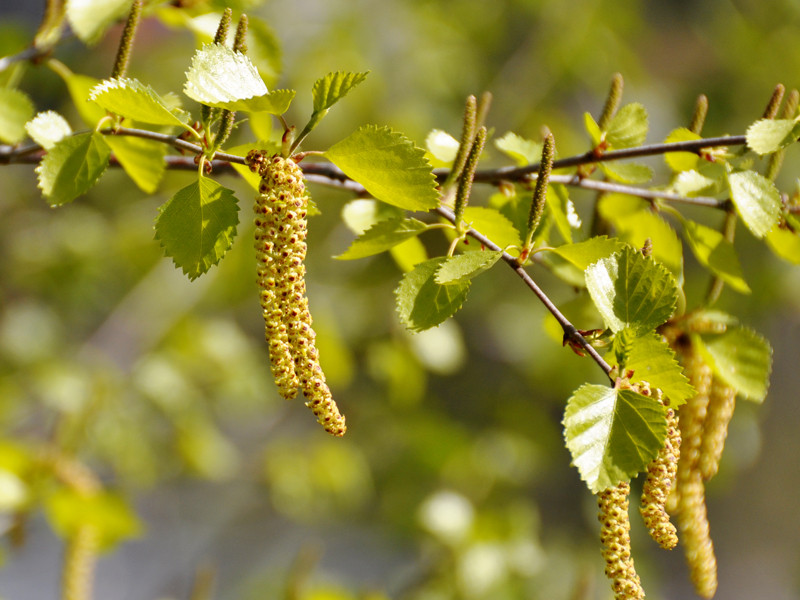 ... But Three Natural Liposomal Nutrients Can Support You

As people walk around sneezing, wheezing and itching, with stuffy, runny noses and watery eyes, they look and feel miserable during the most beautiful months of the year. Allergy season is only getting worse, says Jeffrey Demain, a board-certified allergist and immunologist who spoke last March at the meeting of the American Academy of Allergy, Asthma and Immunology (AAAAI).

That’s because of climate change, which brings warm weather and more pollen earlier in the year, as well as increasing levels of carbon dioxide. Plants release extra pollen when stimulated by carbon dioxide. In addition, increasingly severe storms cause flooding that can stimulate mold growth, and mold often causes allergies as well.

“These are issues that are going to affect a vast number of people throughout the world,” Demain said in his talk.

Are you a seasonal sufferer? Try Nanoemulsified Hista-Aid™ today!

Pollens aren’t the only irritants: allergic reactions to dust, foods, insect bites and even medications have been rising for the last half century.[1] Food allergies, too, are on the increase. The standard solutions are medications such as antihistamines, leukotriene antagonists, or steroids. Allergy testing and allergy shots are also popular, though they may take years to be truly effective, and they aren’t cheap. What about natural allergy relief?

You have probably heard about mast cells, which are immune cells that play a key role in immediate allergic reactions. Mast cells release potent inflammatory molecules such as histamine, cytokines and enzymes, which can act on mucus membranes, smooth muscle, connective tissue and more. It is these inflammatory chemicals that trigger the uncomfortable symptoms of allergies. Mast cells play a powerful role in allergies and inflammation.[2]

Quercetin is found naturally in onions, broccoli, apples, berries, and grapes, spinach, kale, cranberries, as well as some herbs and teas. It has been used in Chinese medicine formulas to block allergies. Quercetin can help stabilize the release of histamines from certain immune cells, which results in decreased symptoms like coughs, watery eyes, runny noses, hives, swollen lips or tongue, and indigestion. In fact, it’s so effective that quercetin is used in ancient Chinese herbal formulas created to block allergies to certain foods (such as peanuts), known as food allergy herbal formulas. Studies show that quercetin, a natural medicine and phytochemical, is equivalent at fighting allergies as some prescription medications, all with little to no side effects.

Quercetin has actually been shown to inhibit IgE antibodies, which are formed in response to antigens, including allergens. It has been utilized in asthma and allergic rhinitis.[4]

Quercetin has been shown as effective as a medication called cromolyn sodium for stopping mast cells from releasing their inflammatory chemicals. In two studies, quercetin significantly decreased contact dermatitis and photosensitivity, and researchers concluded that the botanical is “a promising candidate as an effective mast cell inhibitor for allergic and inflammatory diseases, especially in formulations that permit more sufficient oral absorption.”[5]

Like quercetin, luteolin offers potent anti-inflammatory action, reduces mast cell activity, and strongly inhibits mast cell release of histamine.[7] Luteolin has demonstrated a stronger inhibitory effect on the release of histamine from mast cells than even quercetin.[8]Luteolin might be useful against itchy skin rashes and conditions.[9]

Turmeric tea, also known as golden milk, is so popular these days that it almost seems it might eclipse coffee. Turmeric, also known as curcuma longa, has been used as an herbal remedy for thousands of years in Indian Ayurvedic and Chinese medicine. It is the curcuminoids—three polyphenols collectively known as “curcumin” that give the root its distinctive, brilliant orange-gold hue, as well as its health benefits. Curcumin is antioxidant, anti-inflammatory, antiviral, antibacterial, and antifungal.[10] Like quercetin and luteolin, curcumin appears to have antiallergic action, and to inhibit histamine release from mast cells. In animal studies, it has shown a marked inhibition of allergic responses.[11]

The benefits of many potent natural substances can be limited by poor uptake and bioavailability. Curcumin, for instance, is known to have a low rate of absorption, rapid metabolism, and quick elimination from the body.[13]

Liposomes are very small phospholipid bubbles that may be ideal carriers for therapeutic molecules, capable of delivering nutrients directly into the cell. Liposomal delivery systems have been used successfully in clinical trials for an astonishing variety of therapeutics. Because they are prepared from natural phospholipids, they are biocompatible and nontoxic. Liposomal delivery systems are becoming increasingly popular for nutraceuticals.

Liposomal formulations have been shown to effectively increase curcumin uptake.[14] “Fat has been added to turmeric preparations in the kitchen and at the apothecary’s workbench since time immemorial,” write two researchers. “There is likely more than a smidgeon of cultural wisdom in such practices with respect to simple, qualitative bioavailability.”[15] Quercetin and luteolin, too, have been shown to be well absorbed in a liposomal formulation.[16],[17],[18] Altogether, the three offer potent natural allergy relief.

Not to be forgotten in all this talk of flavonoids and allergy, of course, is Vitamin C. Vitamin C is well known for its anti-allergic, antioxidant and anti-histamine effect, and during any stress, including allergies, the demand for vitamin C skyrockets. In a liposomal format, using a gentle buffered vitamin C that is well tolerated and unlikely to lead to gastrointestinal distress, the vitamin can be helpful in dampening allergic reactions. Vitamin C encapsulated in liposomes has greater uptake and effect than standard, oral formulations.[19]