The Brain Super Kit is ideal for anyone who is looking for a supplement combination that can help promote youthful memory and cognition (Cognitex® With Brain Shield™ and Neuro-Mag Magnesium L-Threonate). The kit also contains Super Omega-3 Plus EPA/DHA with Sesame Lignans, Olive Extract, Krill & Astaxanthin (a highly purified fish oil) that adds extra benefits for healthy brain function. Thus the Brain Super Kit both supports youthful cognition and helps postponing the brain’s natural aging process.

Neuro-Mag Magnesium L-Threonate provides magnesium in a form that is ideal for the brain which can help support your mood and help maintain the quantity and quality of synaptic connections between brain cells. This in turn also supports a youthful cognition.

Lastly, Omega-3 found in fish oil from Super Omega-3 Plus EPA/DHA with Sesame Lignans, Olive Extract, Krill & Astaxanthin contains omega-3 fatty acids from krill- and fish oil, which together can provide enhanced support for your cardiovascular system as well as your brain - all in a single softgel.

About Cognitex® With Brain Shield™:

Research has shown that certain factors that can lead on the on the cognitive problems caused by natural aging can be controlled. Cognitex® with Brain Shield™ is the most comprehensive brain support formula you’ll find anywhere. It contains eight brain health boosting nutrients that can both support overall brain health as well as support a youthful cognition and memory function.

Magnesium in Neuro-Mag® Magnesium L-Threonate plays a role in more than 300 biochemical reactions in your body and can help you support cardiovascular- and bone health, support energy metabolism, mood, and most importantly contribute positively to maintaining a normal cognitive function when aging. Neuro-Mag® Magnesium L-Threonate supports healthy memory and cognition by optimizing magnesium levels in the brain. Because of its superior absorption into the bloodstream and nervous system, Neuro-Mag® provides the ideal form of magnesium for enhanced memory and cognitive function.

Omega-3 fatty acids from krill oil and fish oil have been shown in various studies to support cardiovascular health and the brain. Astaxanthin found in the Super Omega-3 Plus EPA/DHA with Sesame Lignans, Olive Extract, Krill & Astaxanthin is a powerful antioxidant carotenoid which is naturally present in krill oil. Astaxanthin has been shown to play a role in controlling free radical activity and increasing mitochondrial function. Research shows that this antioxidant can help support the joints as well as brain, cardiovascular- , immune- and mitochondrial health. Furthermore, it can also support healthy blood glucose levels for those already in the normal range and can protect sensitive cells in the eye. Research also suggests that polyphenol extracts from olive oil can help to protect normal low-density lipoprotein (LDL) cholesterol from oxidation. Besides, sesame lignans in Super Omega-3 Formula Plus play a role to support the omega-3 fatty acids by making them more stable.

Provides the following brain boosting ingredients in one advanced formula:

Magnesium L-threonate is a powerful form of magnesium that is delivered into the brain where it can maintain the quantity of synaptic connections between brain cells. It can also support important brain signaling pathways. Increased brain magnesium levels can improve memory. It was shown in compelling animal models that Neuro-Mag® Magnesium L-Threonate improved short-term memory by 18% and long-term memory by 100%.

The OMEGA FOUNDATIONS® supplement features AlaskOmega® - a fish oil made from wild-caught cold-water Alaska Pollock which is processed in the United States. For the production of fish oil, proprietary technology is used that purifies the fish oil within a highly advanced distillation process that diminishes the pollutants from the environment. Additionally, fish oil is also produced from a Marine Stewardship Council (MSC) certified sustainable fishery, dedicated to sustainable harvesting practices and protection of the fishery ecosystem.

Cognitex® with BrainShield™: Suggested daily intake is three (3) softgels in the morning, with or without food, or as directed by a medical practitioner.

For product details, please refer to the individual components of the Brain Super Kit:

Take two (2) tablets with or without food.

Take three (3) capsules daily with or without food, or as recommended by a healthcare practitioner.

Magnesium L-Threonate has less of a laxative effect than other forms of magnesium.

Take two (2) softgels twice daily with meals, or as recommended by a healthcare practitioner.

If you are taking anti-coagulant or anti-platelet medications, or have a bleeding disorder, consult your healthcare provider before taking this product. 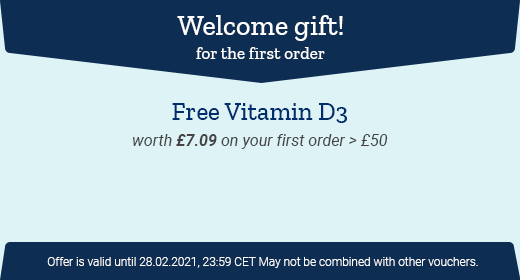